See the bottom of the page for a link to the R2C YouTube page, which has full videos from all three Annual Meetings.

Right to Counsel National Consortium held its third annual meeting on November 2, 2017 at the US Department of Justice, Office of Justice Programs in Washington, D.C. The meeting was structured around highlighting each stakeholder’s unique role in ensuring that public defenders are equipped to fulfill their duty effectively. Then-Deputy Attorney General Rod J. Rosenstein stated in his keynote, "being a criminal defender can be a thankless job [...] It means struggling to mount the best defense possible in the face of great adversity. But, as our nation’s founders knew, this role is essential to safeguarding justice." He went on to voice his support for the right to counsel, stating that the protection of this right "is a fundamental component of preserving the rule of law and ensuring equal access to justice." Following the Honorable Rod J. Rosenstein’s remarks, the Right to Counsel National Consortium shared highlights of work done on behalf of R2C over the past year and consortium members gave panel presentations on accomplishments in Contra Costa, California and the state of Tennessee. The presentations were followed by “fireside chats” with law enforcement, prosecutors, cross-discipline actors, and an impacted community member.

After the panels, meeting participants broke into cross-disciplinary teams for a facilitated workshop. The breakout sessions provided an opportunity for groups that rarely engage with one another to share perspectives on how each stakeholder can safeguard the constitutional right to counsel and reform public defense delivery systems. At the end of the day, participants shared the following thoughts:

Each speaker and participant made a personal commitment to continue working toward our common goal: ensuring that the Sixth Amendment right to effective counsel is meaningfully carried out. 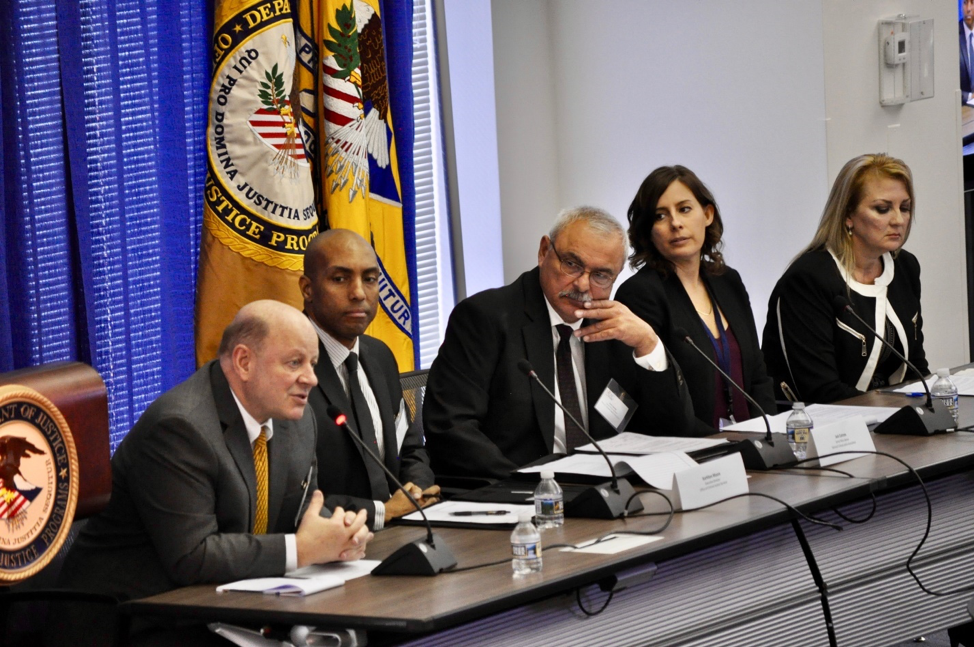 On October 25, 2016, Right to Counsel National Consortium held its second annual meeting in the Great Hall of the US Department of Justice in Washington, D.C. Speakers, including defense leaders, conservative policymakers, US Department of Justice leadership, judges, and corrections secretaries, all emphasized the value of strong public defense systems, the impact these systems have on their day-to-day work, and the need to take a stand in support of public defense.

This message of cross-discipline coordination echoed throughout the day in speeches, panels, and discussion groups. After Deputy Attorney General Sally Q. Yates, speakers described right to counsel-related events in jurisdictions around the country, including:

Discussion groups after the panels led to the following suggestions:

At meeting adjournment, the consensus was clear: there is a national commitment to safeguard the constitutional right to counsel and we each have a role to play in achieving systems change. 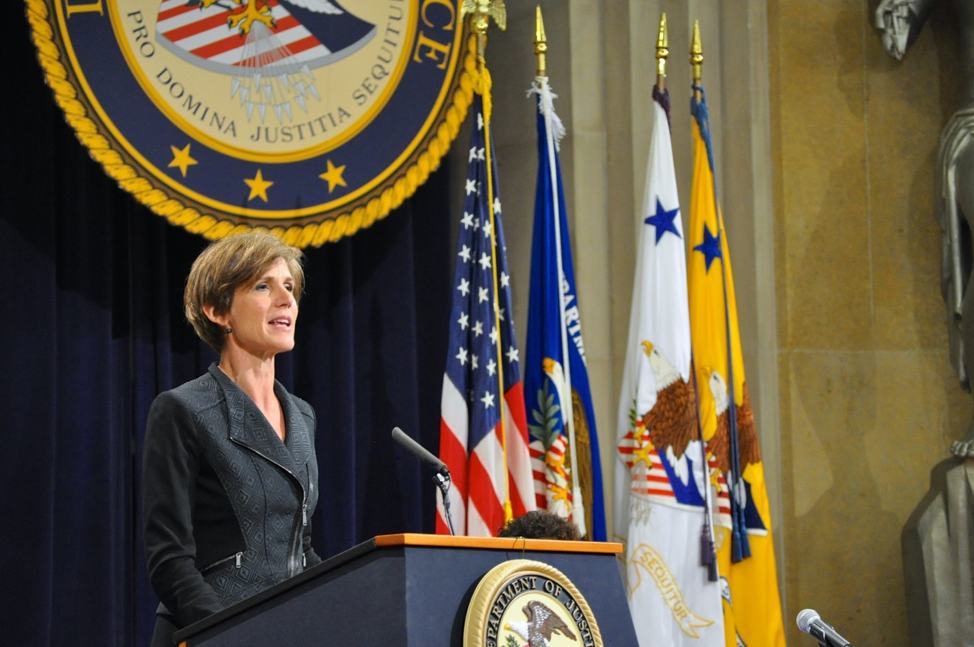 The Right to Counsel National Consortium’s Inaugural Meeting took place on November 10, 2015 at the US Department of Justice, Office of Justice Programs in Washington, D.C. Attendees included officials from the US Department of Justice and representatives of various stakeholder groups, including defense attorneys, prosecutors, judges, court personnel, law enforcement, advocacy groups, and community organizers.

The meeting followed a framework that demonstrated the importance of the Sixth Amendment right to counsel through a rigorous examination of values, challenges, strategies, and action planning.

The morning began with a welcome from then-BJA Director Denise O’Donnell and former BJA Senior Policy Advisor Kim Ball. O’Donnell commended the diversity of disciplines in the room, and Ball encouraged the consortium members to leverage resources from one another. Panelists discussed:

Discussion groups led to several recommendations, including the following: 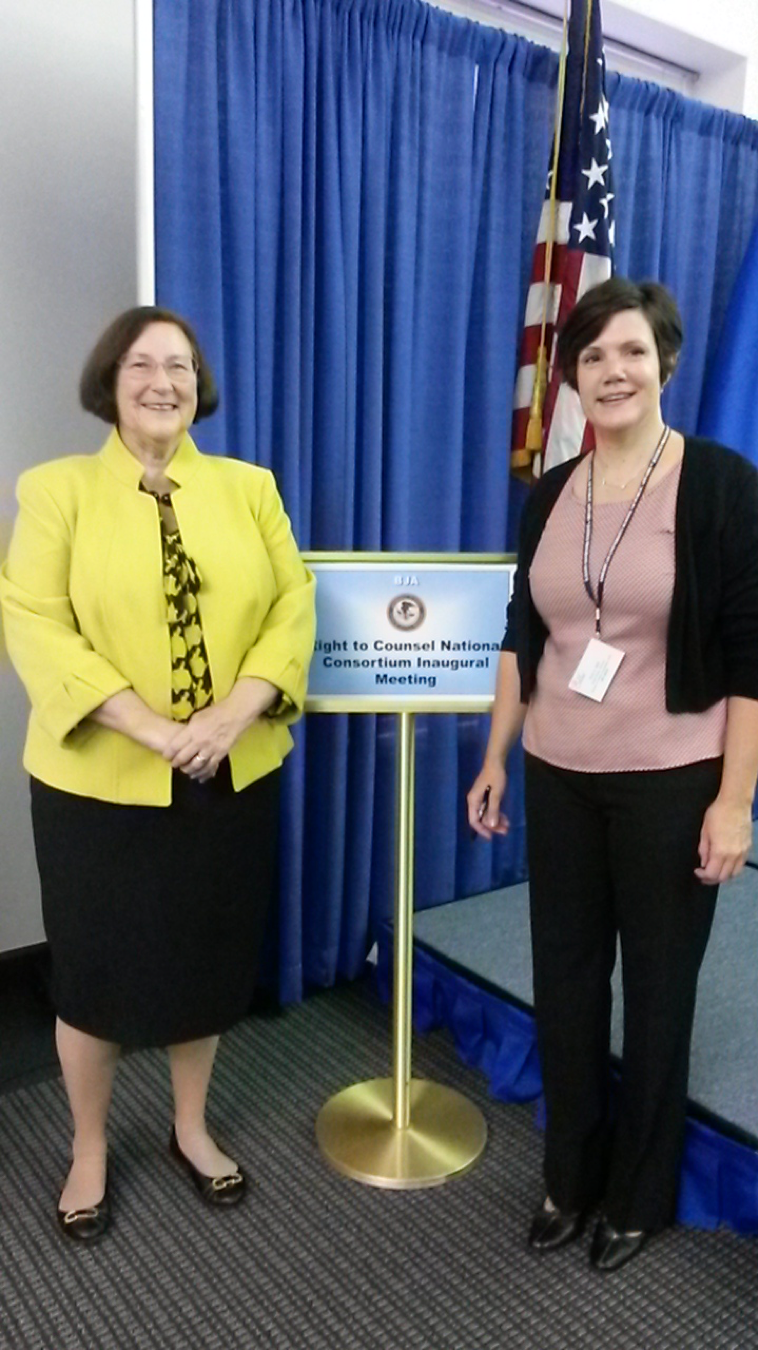