Messaging for the Public 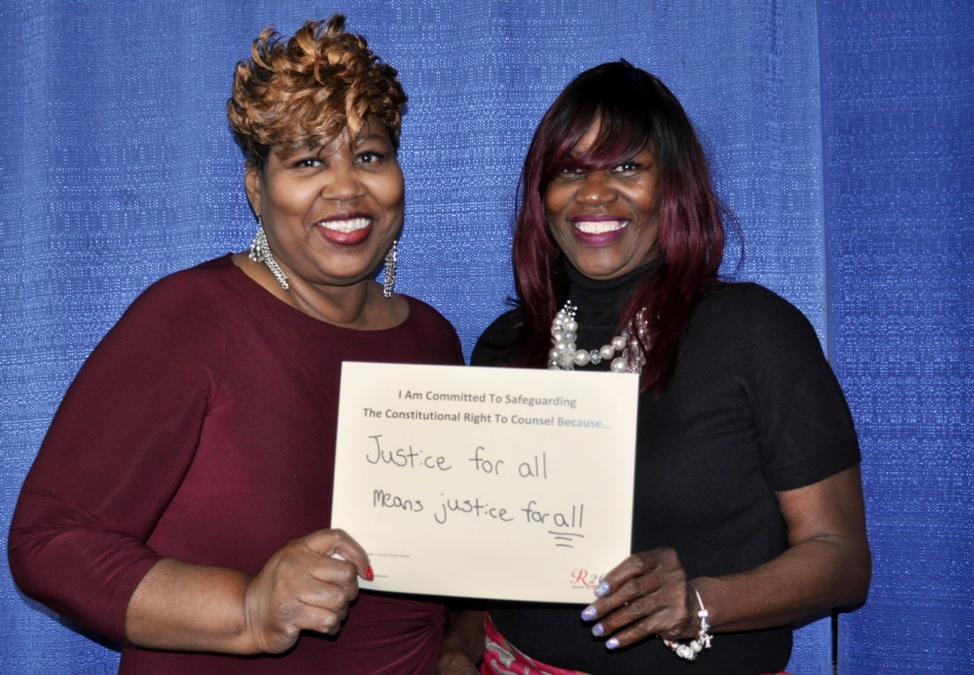 A robust majority is aware of the right to counsel, so advocates do not need to spend much energy to convince Americans that this right is important to America’s sense of justice and fair play. The messages the public responds most to are those that emphasize core values that underlie support for this right. Below is a 30-second message for the public:

Today, the Constitutional right to an attorney for those accused of crimes is being denied across our country, where public defender caseloads are so high and their resources so low that the justice system is unfair, innocent people are going to jail, and young lives are being derailed by convictions for minor offenses. We need to insist on national standards to ensure that public defenders and court-appointed attorneys have the time and resources necessary to do their jobs.

A communications strategy should turn the strong support that public defense now enjoys among African Americans into action, and then to nurture support among the next two most sympathetic groups—Latinos and young adults of all backgrounds.

African Americans are the most supportive group of the right to counsel when tested at the beginning and the end of the interview. They are the most likely to increase their support after hearing both sides. African Americans come to this issue with a more acute awareness of the need, a more critical view of public defenders and the public defense system, and a greater willingness to spend resources on improvements. They can be a very effective catalyst for change.

Latinos are the next most supportive at the beginning of the interview and their support does not wane when retested late in the interview. They are also highly supportive of a federal requirement to enforce improvements of public defense in the states.

Among young people ages 18-29, support increased between early and late in the interview after they had heard messages pro and con for spending resources to improve public defense.

There are some differences by audience, which point to some small tweaks in message strategies for African Americans, Latinos, young people, and whites. See below.

African Americans: The core messages speak loudly to African Americans. Because they already are aware of the inadequacies of the system, it would be most helpful to focus communications to them more on core values and less on providing information about the system's shortcomings.

Latinos: Communications to Latinos should also stress core values. They are particularly interested in public defense as a way to save young lives from being ruined by convictions for minor offenses.

18- to 29-year-olds and whites: Young adults also resonate to the core values message, but they need to hear about shortcomings in the current system. These informational messages are also generally more important for whites than for people of color to hear.